While “magic markers” have been around since the early 1900’s, it wasn’t until 1964 when Chicago’s Sanford Ink Company filled a felt-tip pen with a proprietary, permanent ink that would stick to nearly any surface, that the Sharpie came into existence, at the time in black ink only. It wasn’t until 1979 that advancements like colors and the fine-tip point appeared. Cheap Modafinil http://www.buymodafinil-online.com/

Sharpie is now part of Newell Brands (some of their others are Rubbermaid and Elmer’s Glue) and comes in 31 colors, from neons to metallics, in various tip sizes from ultra-fine to chisel.

I came across this office supply history lesson in an article on Adweek called How Sharpie Left Its Mark Everywhere From Facebook to the White House:

Sharpie markers are integral to American life. Nobody’s sure how many are out there, but the company’s 2002 estimate put the number at 200 million (roughly two per every American household). Sharpie is probably the most versatile writing instrument in existence, and the fact that it can be used for everything from marking fabric to signing autographs is no small part of its ubiquity. “Sharpies are good for the president of the United States or the president of the PTA,” said company chief Howard Heckes in 2006—and he meant that literally. Buy Xanax online http://xanaxbars.net/ 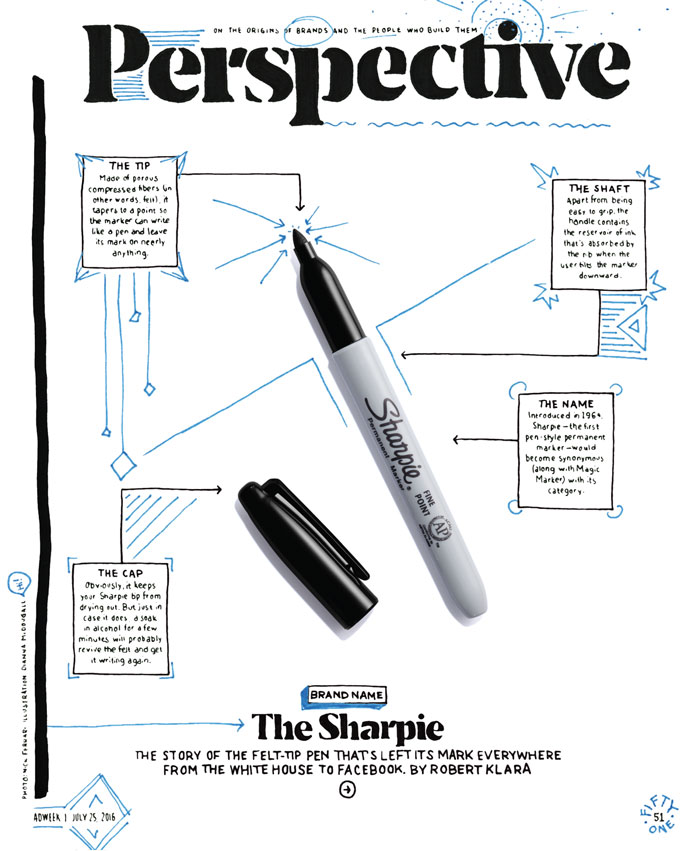