Beginning in 2014, Office Essentials was on the hunt for a premier coffee roaster to partner with and use as their go-to line as they redesigned their coffee & breakroom category. While the search for a coffee partner-led OE from coast to coast, the ideal choice ended up being in our own backyard, St. Louis. With a footprint across the Midwest that mirrored one another, Office Essentials and Kaldi’s Coffee started what has now become a deep and harmonious relationship.

Dating back to 1994, Kaldi’s Coffee began their journey in St. Louis’ DeMun neighborhood. They spent years cultivating a following in the city through their commitment and passion for serving the finest coffees in the world. While other roasters have cut corners in an effort to minimize production costs, Kaldi’s has stood by their methodology of sustainable sourcing and a blending of new & old-world technology in perfect harmony (one of their roasters dates all the way back to 1937!). 25 years later, Kaldi’s has emerged as a major player in the industry and has 19 cafes throughout St. Louis, Kansas City, Columbia, and Atlanta. 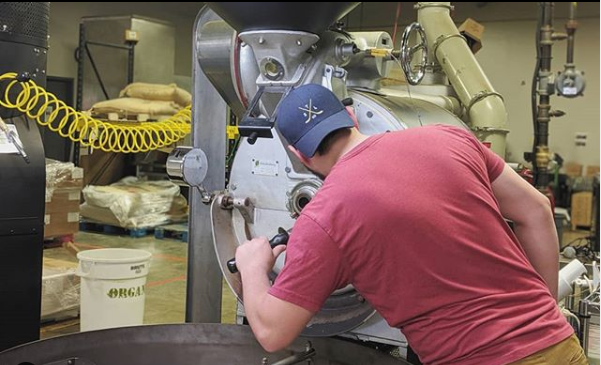 Kaldi’s Coffee is a unique name, but just what does it mean? The name comes from an old Ethiopian legend that dates back to the 6th century. A goatherder named Kaldi stumbled upon his wandering flock as they sampled some rather unusual berries at a nearby bush. Instead of his goats looking lethargic as they so often did, he was astounded to learn that they suddenly had an unusual amount of energy. Wanting to know more about why this was, Kaldi tasted the berries himself and you know the rest. Coffee beans quickly became all the rage and their stimulating effect on humanity spread across the globe. 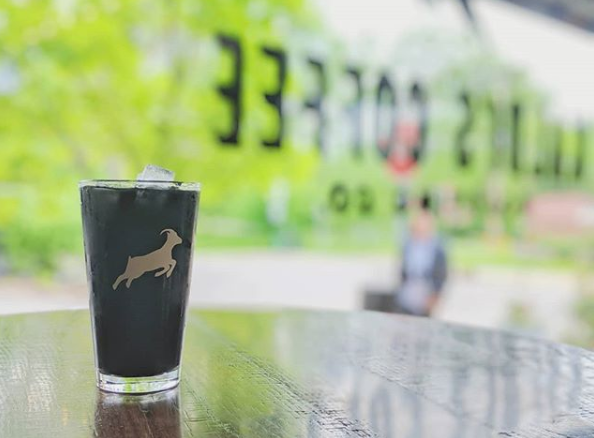 Fun Fact: Because Kaldi is a legendary person/story, you can’t trademark the name (it would be like putting a trademark on Santa Claus), thus Kaldi’s Coffee and the famous goat logo to go along with the name were born.

Thanks to Bon Appetit Management Company, Kaldi’s Coffee has had a longstanding partnership with Washington University in St. Louis. With nine locations spread throughout the campus, students and faculty alike can enjoy a quick pick me up on their way to class.

This relationship also helped Kaldi’s Coffee connect with a new market in Atlanta, Georgia. Their expansion to the South has seen them established on the campus of another esteemed school, Emory University, where they are winning the hearts and minds of a generation who aren’t as familiar with St. Louis’ premier coffee company. In total, Kaldi’s Coffee has 3 cafes in the Atlanta area with a 4th soon to follow (for those in Atlanta, don’t miss the café located at the historic train station, the Depot). 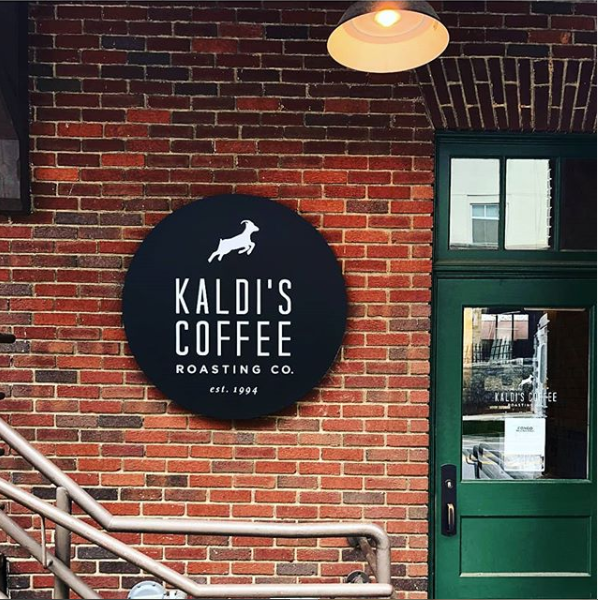 After diligently working to create a reputation as St. Louis’ leader in premium coffee, the company set their sights on expansion to other parts of Missouri. Great success followed and Kaldi’s Coffee currently has 3 cafes in Kansas City (2 in the Westport area and 1 just outside the city’s renowned Power & Light District) and 1 in Columbia with a 2nd nearing completion. 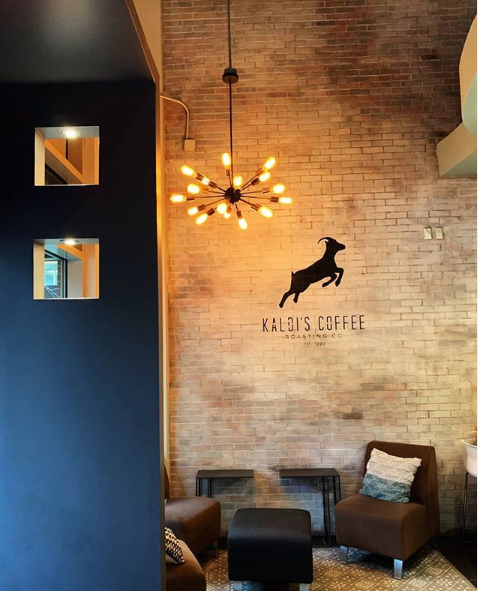 In 2016, Kaldi’s Coffee purchased Firepot Tea and expanded their brand into a new and exciting direction. Firepot Tea is the brainchild of founder, Sarah Scarborough, who carefully cultivated her signature Firepot Chai while working in Bozeman, Montana as a cook at the Tibetan Trader and Teahouse. 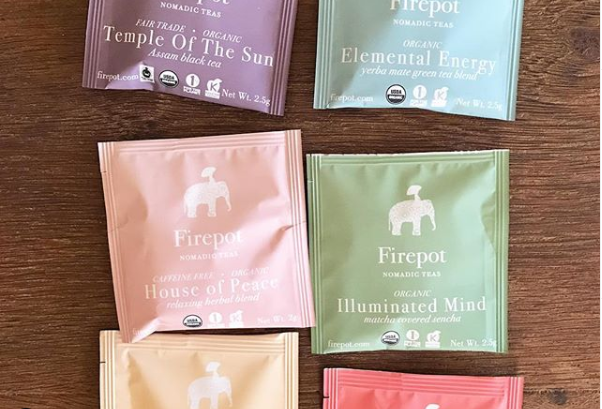 For tea lovers, Firepot has a wide assortment of products such as chai tea, iced tea and green tea. You can also now visit the Firepot tearoom inside Kaldi’s Coffee’s St. Louis roastery that’s been meticulously crafted to wake all your senses and mentally transport you to another part of the world. 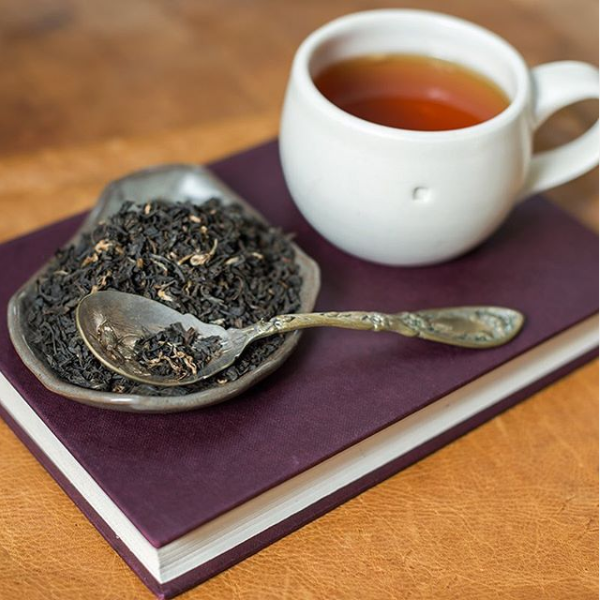 Just like Office Essentials, Kaldi’s Coffee is proud to be St. Louis owned and operated and works diligently to strengthen the community through various programs. Beyond opening their space for community events, Kaldi’s Coffee also takes part in a number of things including:

For anyone in the St. Louis area, Kaldi’s Coffee offers a free weekly cupping at their Roastery every Friday at 2:00 pm. This includes a full tour of their roasting facility. 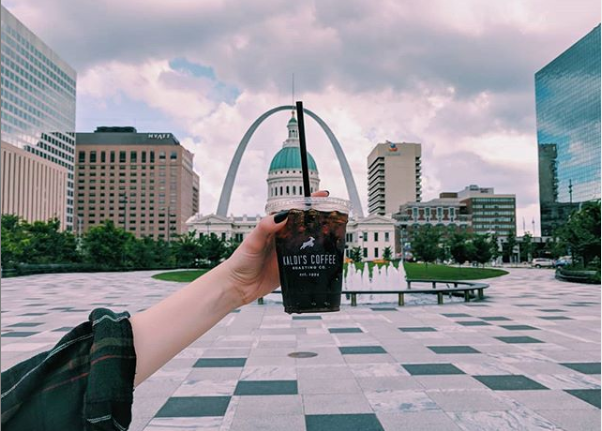 What is a cupping, you ask? Well it’s similar to a wine tasting. You are led by their fantastic roasting crew as you try a variety of different coffees from around the world. This is the same way Kaldi’s Coffee and other coffee professionals evaluate the coffee they purchase year-round.

About Andrew Corns 9 Articles
Andrew is 33 years old. He was born in a town with a population less than 150 people, west of St. Louis, MO.  He is married with a 1-year old son, Jude. Andrew was a self-proclaimed nerd before it was cool to be one, and is an avid fan of Liverpool Football Club, the St. Louis Blues & Los Angeles Lakers.  He can name every Beatles album in chronological order of release. Marvel>DC, but Batman>Everyone. Andrew spent 10 years in restaurant management before joining Office Essentials as a Strategic Account Manager and Editorial Writer.
Twitter LinkedIn