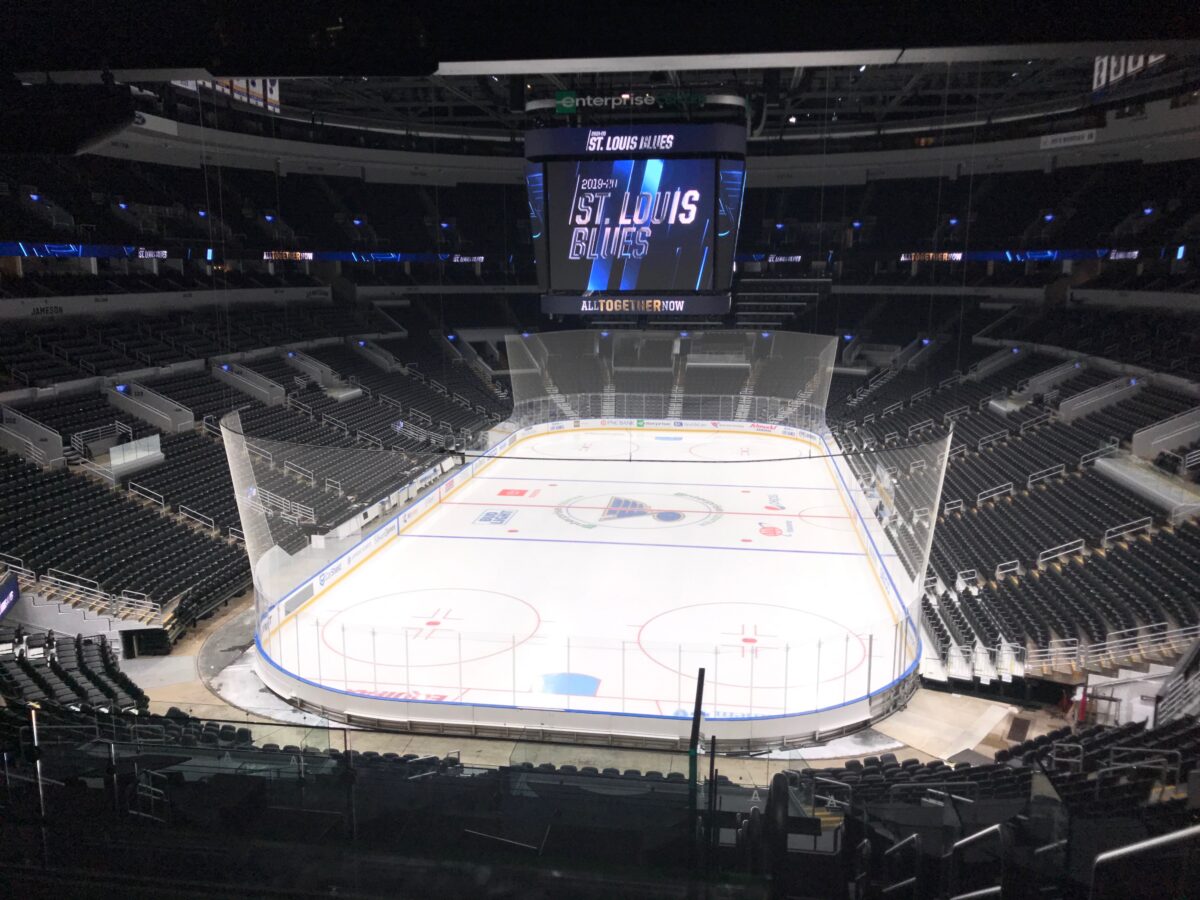 Fans of the Stanley Cup Champion St. Louis Blues know all about the mission of Tom Stillman and the ownership group to contribute resources toward making the on-ice product the best it can be, and I’d say they’ve been pretty successful in that pursuit. What many in and around St. Louis may *not* realize is just how intent that group, and the entire operations team, is on consistently, continually, improving and enhancing the fan experience when attending events at the Enterprise Center.

Earlier this season, I had the opportunity to meet with a few of the folks responsible for putting that vision into practice and seeing the fruits of their efforts in a tour of the Home of the Blues. Even when the players are on the road the rest of the organization is still hard at work to make the Enterprise Center, and St. Louis, a destination location for sports and entertainment of every kind.

I had the pleasure to talk with Matt Gardner, Vice President, Digital Media & Emerging Technology, Chris Frome, Senior Director, Event Presentation, and Larry Womack, IT Manager, who shared some insights into the ways they and their departments utilize technology in giving us, the fans, the best possible experience. 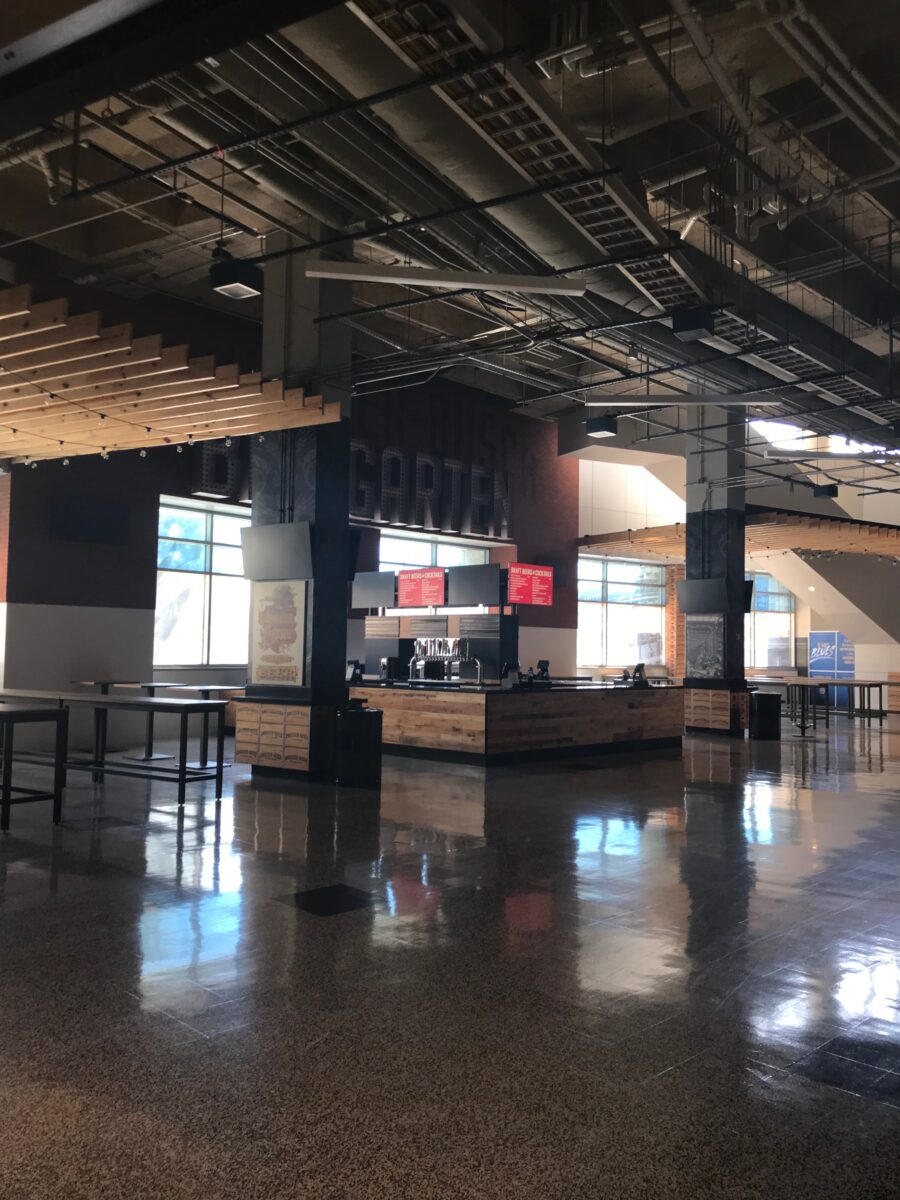 If you’ve been to any home games this season, you may have seen some of the new fan experience areas around the arena. From the new Anheuser-Busch beer garden at the 14th Street entrance to the renovated premium spaces like the Rinkside Club and Pub ’67 along with the Clark Avenue Club, it’s easier than ever for fans to enjoy all their favorite refreshments in a social setting, with Stanley Cup Champion Blues hockey as a backdrop.

The new technology stands out in overhead digital signage as well as tech-charging stations throughout the main concourse. What may not be as immediately evident are the changes to the technology infrastructure within the building. Larry and his IT group have implemented a new DAS (distributed antenna system) in conjuncture with 3 major wireless carriers to provide a faster, more robust WiFi experience for fans. Check-in and post those selfies, but wait for a whistle first, please. 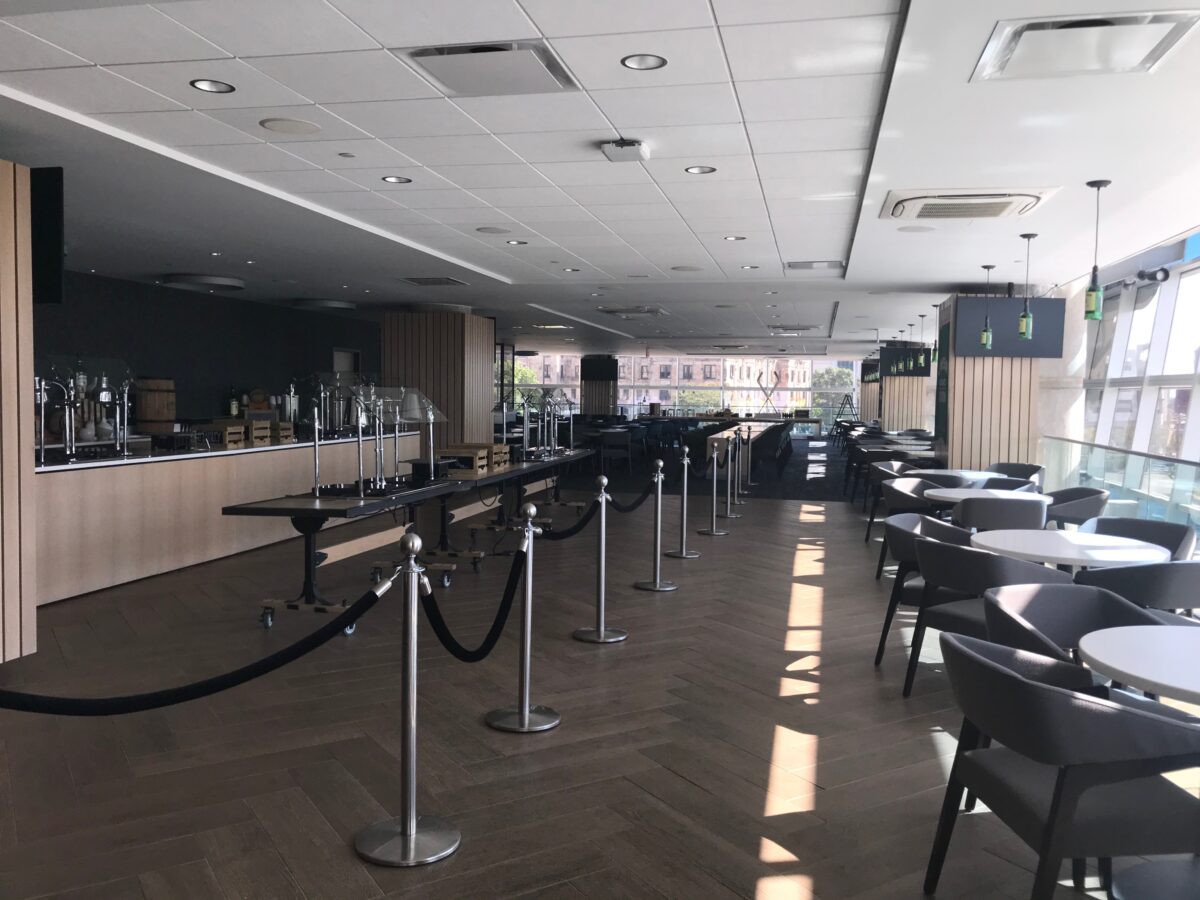 New digital controls for other in-house services, like heating & cooling systems, makes it much easier for the facilities team to adjust levels around the arena from a single point of contact. Some changes can even be made from off-site if necessary, thanks to the use of mobile applications connected to the updated Honeywell hardware. Chris even has the capability to control the lighting in the entire arena from his phone with a few clicks and demonstrated it as we stood inside the seating area. He can also program changes to the monitors in individual suite areas, perhaps to show a corporate logo for the occupants, rather than needing to change every set around the rink manually.

The Blues unveiled technology new to the league last season during the playoffs, “Enter The Zone,” a free, predictive gaming platform for their fans. It allowed fans to make predictions during the games using their mobile devices, as the action was happening on the ice, for things such as who might win 3 faceoffs first, or which player would score the first goal, or which goalie would make 5 saves first. It may have been a preview of what we can expect to see around the league moving forward, and certainly at the Enterprise Center when St. Louis hosts the upcoming NHL All-Star Game later this month. Matt said I could quote him on that: “We can’t give away any secrets yet, but there is going to be some new technology.”

About Sean Jeffries 4 Articles
Sean Jeffries, Business Development Manager;  Sean has over 14 years of experience selling hardware and technology solutions for business and has been building his own PCs for at least that long. He enjoys being among the first to adopt and experiment with new technology, PC gaming, and teaching his kids how to integrate and enjoy tech at home as well.
Twitter