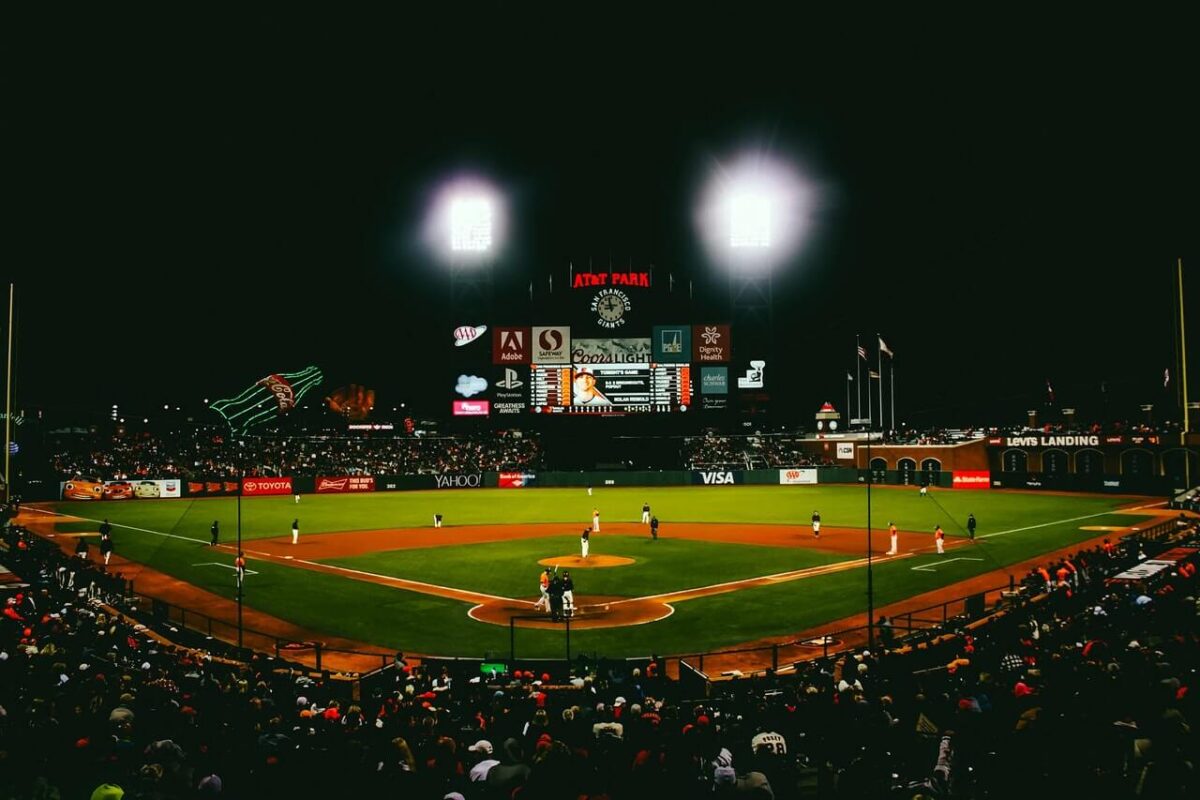 For millions of Americans, sports is one of the most important parts of our daily life. It entertains us. We live it, we breathe it, we build our schedules around it. Then suddenly in the blink of an eye, it went away. We were all left wondering what would occupy our evenings & weekends. What would fill our television time in place of a baseball or hockey game? What would we endlessly debate and argue with our friends and coworkers about? Well, it seems that most of us have still looked for something to fill that void and get a sports fix even if it’s obscure or pushing the boundaries of what constitutes sports. OE is full of sports fans like me, and I asked a few of them what they are doing to fill the void. Here are their (and my) answers, maybe something will strike a chord with you and help you distract yourself from the quarantine.

The Rise of eSports

Thank goodness for video games! Sports video games have been in the zeitgeist dating back as far as Pong in the 1970s. Over the years, sports video games have reached the point where they are so technologically advanced that simulation is almost mirroring the real thing. Sports leagues have taken advantage of this and gotten creative with their athletes to deliver content that television networks are airing to record ratings. Whether it’s NASCAR drivers competing against each other from the comfort of their home through a video racing game or Wayne Gretzky and Alexander Ovechkin competing one on one in the most recent NHL hockey video game, there are still ways to watch our favorite athletes and feel connected to them.

Ellie Dixon is a St. Louis Blues fan and recently watched a replay of a game from November that she attended live to see if she could find herself in the crowd. The St. Louis Blues are also doing Zoom interviews for fans and made a compelling “History Made” series recapping their remarkable 2019 Stanley Cup run. A quick shoutout for Ellie’s dad too who is watching vintage NASCAR races and the always riveting cornhole tournaments you can find on ESPN.

Rich Radil is a betting man and you can certainly bet that Rich will find a way to fill his sports void one way or the other. Did you know there’s an app for your television called TVG where you can watch and bet on live horse racing? Rich is also digging deep into his bag of obscure sports by watching those ESPN Ocho cult classics like belly flop competitions & rock skipping. He’s got four boys running wild in his house and they’ve taken to creating their own sports like golf chip challenges to keep their skills razor-sharp.

Valerie Peterein frequents many St. Louis Blues games over the course of a season and is taking this time to watch last year’s Stanley Cup Finals again in all it’s glory (or is it Gloria?) along with the parade festivities that you can find online.

Ken Cooksey has taken to a real extreme with finding his sports fix. He told me he watched an old episode of Little House on the Prairie because “Laura Ingalls has a horse race against that snotty Nellie Olsen”. Is it okay to spoil something that dates back roughly 40 years? Laura’s horse, Bunny, wins the race! Apparently Ken also had an impromptu 1v1 soccer match with his wife in the living room which she was unaware of until Ken scored a goal and did a celebration dance around the house. Yes Ken, you will still receive a yellow card for taking off your shirt even in the confines of your own home.

Tim Cronin may always have a smile on, but don’t let that fool you. He has a wicked poker face and has been practicing the last month by watching re-airings of The World Series of Poker on ESPN. Something tells me Tim isn’t afraid to bluff his way to a few victories!

Brenda Schmidt has been a lifelong St. Louis Blues & Cardinals fan and is finding trips down memory lane comforting right now. She’s also making the most of the nice weather with kickball games in the driveway along with the neighbor kids.

Kevin Russell and his 2 sons have been passing the time with the Ultimate Frisbee World Championships from the early 2000s which aired the other day on Fox.

Dan Suchanek must have been telepathically eavesdropping on Kevin because he is ending up in a similar spot watching men’s and women’s disc golf on YouTube. He’s fallen in love with the sport so much that he purchased his very own set of discs which just arrived in the mail. Be on the lookout for Dan on disc golf courses around the city once parks open back up.

Stuart Hultgren can’t imagine life without soccer and has been searching the planet for any league that is still playing. Leave it to Stuart to stumble upon the prestigious Belarusian Soccer League which is somehow carrying on still with live matches.

Bill Kealey is an avid golf enthusiast and has used this as an opportunity to brush up on his at home putting skills as well as watching golf classics on television such as the Ryder Cup.

Shawn Menke has been balancing his time he’d normally devote to live sports between things like boxing, mixed martials arts and swimming on YouTube and watching some of the great sports programs on Netflix including QB1, Last Chance U and Coach Snoop.

Not everyone is having such a tough time with the huge void sports has left in our lives. Somehow both Greg Bussmann and Sean Jeffries find themselves unexpectedly and strangely not missing it the way they thought. Sean’s shifted his addiction from sports to online video games along with doing making the most of his backyard with gardening and playing catch with his twelve-year-old. Greg is using the time to work on some projects around the house and catch up on his seriously delinquent Netflix queue. They’d certainly watch a Blues or Cardinals game if it was possible but it seems like they adjusted better than most of us.

And what about me?

Well, I’m that certain type of crazy sports junkie. I think about sports from my waking moment until I close my eyes at night. It is all-consuming in my universe and it really doesn’t matter the sport, I’ll watch it. I still instinctively find myself opening up sports apps on my phone for the latest breaking news, of which there almost never is any, and flipping through the sports channels on TV hoping to catch something, anything, past or present that’ll captivate me and get my adrenaline going. Over the last month, I’ve watched everything from collegiate spikeball (look it up) to lumberjack competitions in search of feeding that insatiable sports fix. God help me, this can’t go on much longer.

Did you know Office Essentials has their very own weekly sports podcast? The Sports Take Lunch Break is an opportunity for some of our most hardcore sports-loving employees to sit down and talk about what’s going on in the St. Louis sports landscape and the world of sports at large. You can find our podcast on Spotify, Apple podcast or YouTube so be sure you check out us and subscribe to our channel.

What about you? Missing sports, or no?

Send us your thoughts via email or your favorite social network.

Sign up for our newsletter and we’ll send you tips from our team
as well as the latest news, events and savings from Office Essentials.

About Andrew Corns 8 Articles
Andrew is 33 years old. He was born in a town with a population less than 150 people, west of St. Louis, MO.  He is married with a 1-year old son, Jude. Andrew was a self-proclaimed nerd before it was cool to be one, and is an avid fan of Liverpool Football Club, the St. Louis Blues & Los Angeles Lakers.  He can name every Beatles album in chronological order of release. Marvel>DC, but Batman>Everyone. Andrew spent 10 years in restaurant management before joining Office Essentials as a Strategic Account Manager and Editorial Writer.
Twitter LinkedIn