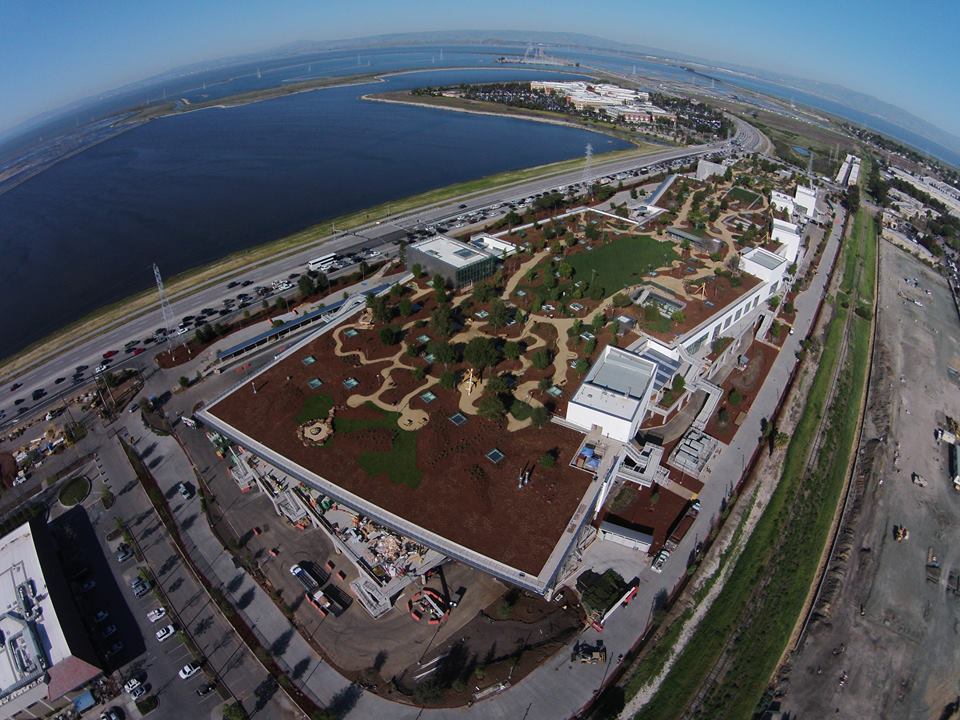 Facebook moved in to their new, and giant, 430,000 square foot campus this week and from what I can tell, it’s cooler than Willy Wonka’s Chocolate Factory. They have clearly spared no expense — the whole place looks like an art museum, plus there’s a 9 acre park on the roof with walking trails and ocean views. How does that make you feel about your workspace?

To boost collaboration among the 2800 employees that the building will accommodate, designers created what CEO Mark Zuckerberg called “the largest open floor plan in the world.” He shared a few more details about it in a Facebook post, seen below:

Today we moved into our new Facebook building in Menlo Park, California.Our goal was to create the perfect engineering…

Facebook hasn’t issued any official pictures yet, other than the aerial one above…but I found a bunch on Instagram. If you want to see more of the new space, search the hashtag #MPK20…you’ll find plenty of amazing pictures. (And if you do go to Instagram to search out more photos, give Office Essentials a follow while you’re there.)

New Facebook HQ – have a snoop inside! #MPK20 http://t.co/o9VRR03qV9 pic.twitter.com/haed1fTdYw

I was very honored to be invited by @facebook to be one of the first to see the new addition to their headquarters, a beautiful futuristic building designed by famed architect Frank Gehry, who is responsible for the design of the Walt Disney Concert Hall, the Guggenheim Museum in Spain, and many other famous structures throughout the world. The space was vast and colorful, filled with art installations, themed work spaces, and a 9-acre sustainable garden on the roof. Facebook worked with 15 different artists who are a part of their local residency and each piece of art inside was created on site with the intention to reflect Facebook's culture and function as a social media. Stay tuned for more pictures! #MPK20firstlook

3) Another staircase shot from yesterday's walk through of @facebook's new expansion campus. See previous post for more info and check out the link in my bio for the full gallery. #MPK20FirstLook #MPK20