Have a Wing Hangover? Feel Like The Day After the Super Bowl Should be a Holiday? 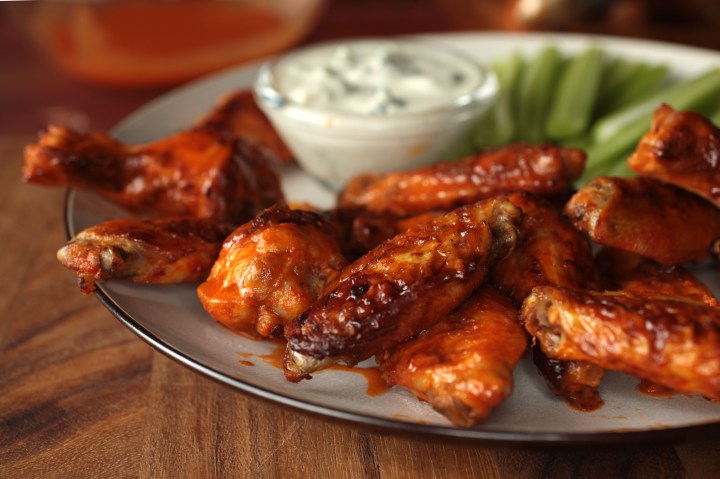 There is nothing more uniquely American than Super Bowl Sunday, except, potentially, Super Bad Monday

Did you enjoy the Super Bowl yesterday? There’s no question that Super Bowl Sunday is an unofficial holiday in America. Between the game, the halftime show and the commercials there is something for everyone, and most of us take part in the celebration.

Oh, there’s also the food and drink. Every year, the National Chicken Council publishes its annual Chicken Wing Report. Americans’ love for wings only continues to grow. This year’s wing consumption estimate is a two percent increase over 2019, meaning Americans will eat 27 million more wings during this year’s big game weekend versus last year’s. To put that in perspective, if Kansas City Chiefs’ coach Andy Reid ate three wings per minute, it would take him about 900 years to eat 1.4 billion wings.

The case for a holiday

If you find yourself at work but wishing you weren’t this morning, you’re not alone. Wait…you actually might be. “Super Bowl fever” is expected to result in 17.5 million employees missing work on Monday, according to a survey by the Workforce Institute at Kronos Inc. It’s the largest amount ever since the institute began tracking in 2005.

Some workers even plan to not just show up, with 1.5 million employees expecting to “ghost” their employer without notifying anyone.

Furthermore, those that did make it in are most likely talking about their favorite commercials, dissecting the halftime performance, or talking about the game — Kansas City’s first win in 50 years.

Studies show the cost of lost productivity today to be on the order of almost $1 billion.

Should we accept the inevitable and just make Super Bowl Monday a national holiday? 40% of employees in this year’s survey say yes, compared to 32% in 2019.  Nearly two-thirds (63%) believe the Super Bowl should be moved to the Sunday night before Presidents Day, which is already a national holiday in February where some businesses close or cut back on their planned workload and staffing.

Back to work, I guess. Oh well, at least there are some leftover wings in the break room.

About the author: Greg Bussmann is a Marketing Specialist at Office Essentials. He is a lifelong, proud St. Louisan, a technology enthusiast, and father to four teenage daughters. He spends his spare time providing rides, chaperoning dates and trying to keep track of his credit cards. He also enjoys watching the St. Louis Cardinals when it’s his turn to use the remote. Email Greg anytime.

What Would Make Your Workday Better?

We can help you stay productive, connected, and comfortable from wherever you call work with a wide range of products and services including office and cleaning supplies, tech, furniture, and more. So, what would make your day better? (Remember, there are no wrong answers.)